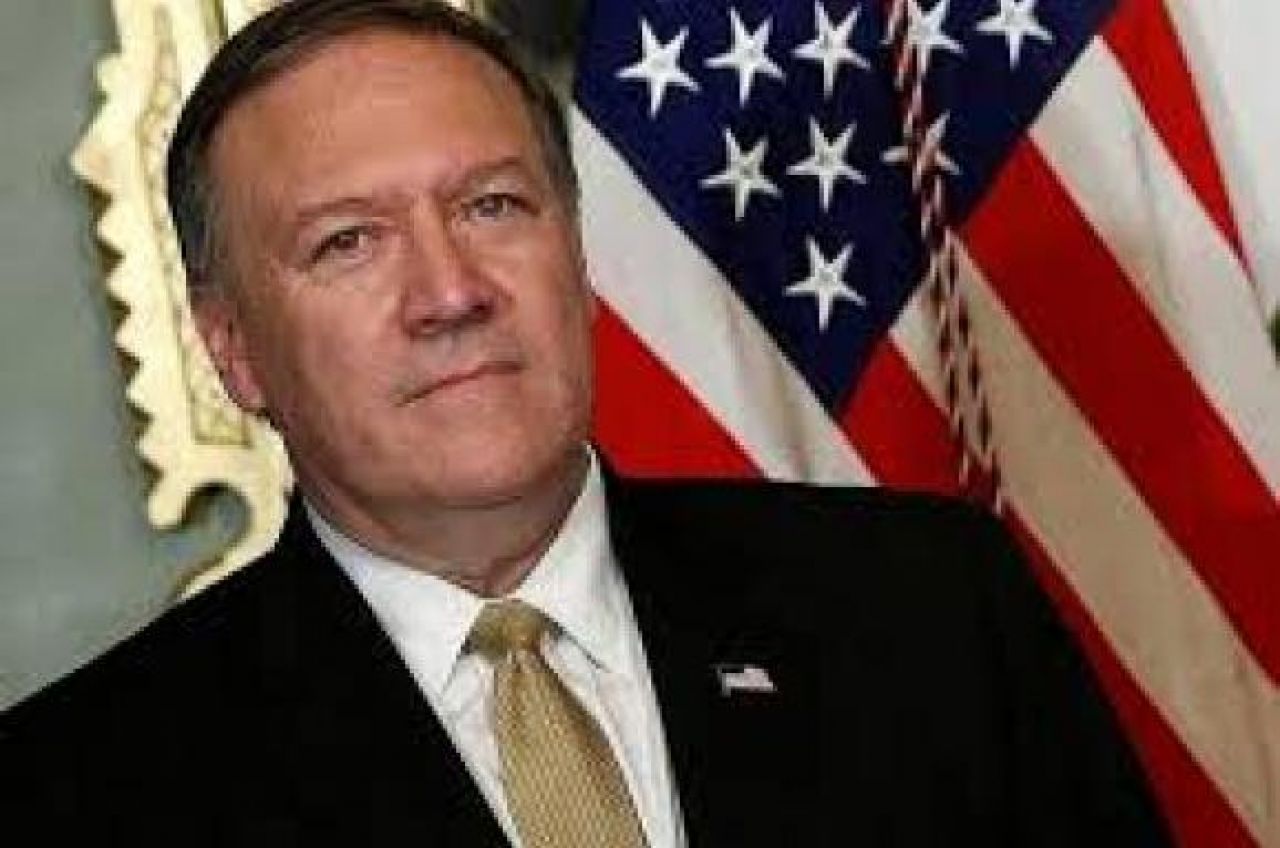 TO: Mr. Michael Pompeo, Secretary of the State Department

RE: Democracy Doesn't Die In Darkness, But With A Thunderous Applause From the International Community

In the fall of 2017 the slogan “Democracy Dies In Darkness” first appeared on masthead of the Washington Post. While some saw it as an attempt at seasonal fun, it appears to have been a jab at the presidency of Mr. Trump. Since the Post operates out of the capital of the most successful democracy the world ever produced, it seems appropriate that its editors wouldn’t know the first thing about how democracy dies. Yet, US diplomats, who tend to share a world-view with the Washington media, seem to have a peculiar talent at precipitating the death of novice democracies as evidenced by recent developments in Macedonia. It appears that far from dying in darkness, democracy dies with a thunderous applause from the International Community and the expert media.

For the 27 years since Macedonia ostensibly broke from Belgrade, it has allegedly been trying to have a go at republican democracy, to no avail. Macedonians, unlike Americans, lack the traditions of civic society and democracy as described by De Tocqueville. The reason for this is simple; Americans are descended from free people, Macedonians from conquered serfs. Despite the many European and American betrayals of the Macedonians beginning with the Berlin Peace Treaty of 1878, followed by Bucharest in 1913, and then again Paris in 1918, when the principle of self-determination championed by president Wilson was abandoned in the approach to the Macedonian Question, the Macedonians found a way to educate themselves in the European tradition and beget the liberation movement that finally birthed the Internal Macedonian Revolutionary Organization dedicated to the idea of Macedonia – the Switzerland of the Balkans. The Macedonians found themselves betrayed yet again in the aftermath of WWII when they were placed under a new oppressor: Panserbian Communism. Since then, America’s foreign policy has remained staunchly anti-Macedonian thanks to the State Department’s overt sympathy for the Communist regime that still controls the region.

The past several months have seen the remnants of rule of law, democratic rules, principles, and procedures mocked, trampled, and cast aside in and around Macedonia. An illegitimate government (that came to power by the release of illegitimately obtained wiretaps whose authenticity is yet to be confirmed; a government that excludes the most popular party) signed an illegitimate deal with a foreign state intended to change the name of the country and redefine the identity of the Macedonian people. The International Community praised and saluted the deal, paying no attention to the fact that the items the deal covers are outside the government’s scope of authority. Then the USSD, through USAID, chose to meddle in the illegitimately called referendum, and chose to go along with the government’s false claim that the referendum was a success, despite the failure to reach a 50% threshold.

The 27 years since Macedonia ostensibly broke away from the Yugoslav yoke have been a constant parade of abuse of democracy and rule of law, including but not limited to, rigged elections, parliamentary chicanery, abuse of the state security apparatus, and persecution of political opponents. All of it excused and enthusiastically cheered by Brussels and Washington, DC. The latest such example came on October 19, 2018, when the illegitimate government of Macedonia fabricated an affirmative vote to initiate constitutional changes pursuant to the illegitimate Prespa Agreement. Namely, the proposal passed thanks to the three votes “for” cast by representatives of the opposition VMRO-DPMNE-led coalition Mukovski, Vasilevski, and Arnaudov, all three of who were idicted and interned for the alleged coup d'etat of April 27, 2017. They had been in custody for almost a year and were “released” just three days prior to the vote, their trials still pending. They were kept apart from their fellow caucus members and were delivered to the voting session and taken away by members of the state security apparatus. It is important to note that speaking at a session of Parliament on October 15, PM Zaev made a thinly veiled offer of amnesty for the indicted over the events of April 27thin exchange for an affirmative vote from the VMRO-DPMNE-led coalition. Instead of raising questions concerning the legitimacy of this vote, US Amb Jess Baily, an Obama-era holdover, publically cheered the development while simultaneously calling for the next act in the slow murder of Macedonia’s novice democracy. Rather than helping Macedonians develop their democracy, all the US State Department has done with regards to Macedonia since WWII has been to further entrench the anti-democratic forces that rule the country.