Just so we are clear. The historic events I was predicting for 1/6 were not quite what transpired. The plan by Trump and his team was for 12 hours per house (24hr total) of debate and evidentiary presentation of the massive fraud that took place on 11/3 and again in GA on 1/5, as well as the evidence of foreign interference in the election. The Alamo moment (a reference to the defensive heroic defeat for the patriots in the Texas Revolution) was to be that the establishment congressmen and senators were still going to vote against Trump, despite the overwhelming evidence of fraud. The "eruption of violence" which seems to have become so common these days, prevented those hearings from happening and gave the reluctant GOP senators a cop out. The "eruption of violence" worked entirely against the Trump team strategy--ergo it makes no sense that he would have instigated it--which he did not! While the media is re-writing history, in my partial re-tweeting of the events, I managed to preserve a part of the truth: It was Trump who activated the National Guard, after pleading with people to be peaceful and helpful toward the police--these tweets have since been deleted by Twitter, along with the video in which Trump tells the crowds to go home!
While there has been a lot of righteous indignation on the right over the establishment's dismissive treatment of the substantiated allegations of voter and election fraud--including, but not limited to the courts' refusal to hear evidence--and while, in the heat of the moment many may have felt some sympathy for what began to develop, there is some evidence to suggest that at least a part of the violence was instigated by the same shadowy figures who instigated the violence at many of last summer's BLM "mostly peaceful protests". Likewise, peaceful (even armed) occupations of capitols is a time honored American tradition, which explains why many who may have been unaware of events going on inside the Capitol wandered in after the flimsy barriers were taken down.
1/6 did turn out to be an Earth-shattering moment. This partly staged event, as things stand, is being used to commence the elimination of right-of-centre politics in the West, and as a distraction from the electoral steal that happened on 11/3. The left may be overplaying its hand, and Trump, still being President, may have one or two moves still left to play--which is leading the left to panic.
All that said, the steal is still very real. If this stands, then it will be the end of rule of law as we know it, and the West will become as repressive as the societies from which political refugees flee.
Finally, since these baseless accusations are flying around, I want to make this clear: I am not a nazi, have never liked, admired or respected the person, politics, or the ideas of Adolf Hitler, and do not expect that to change any time soon. My grandfather fought the nazis, his medal being the shrapnel he carried in his leg for some 50 or so years--and I don't intend on betraying his sacrifice. While I do not recognize the idea of "anti-racism" as legitimate (in fact, I detest, and will continue to detest "anti-racism" as a cover for totalitarianism), I am not a racist--as my friendships and associations with people of all ethnicities, races, religions, and creeds testify--and don't expect that to change any time soon.
I am who I am, and I know what I know. If you do like my opinions, no one is forcing you to hear them. I don't like most of the opinions of the mainstream, but you don't see me demanding that they get shut down. I just want the freedom to discover the truth, because the truth will set us free. (See comments for more videos 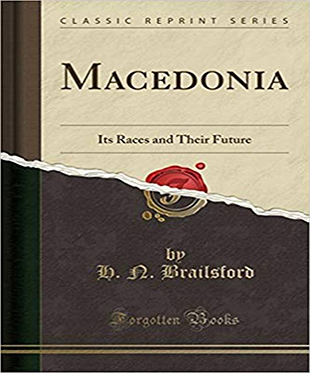